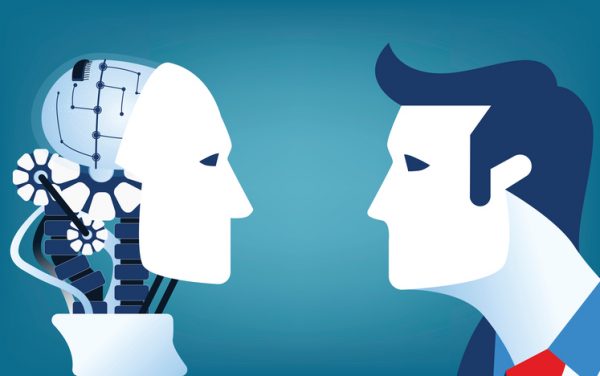 How will the rise in Minimum and Living wages impact small businesses?

Headlines warn that a robot takeover of minimum wage jobs is heading our way fast, suggesting that employers will find automation a cheaper option than paying the increasing living and minimum wages. This idea may fill the tech lovers out there with glee and an increase in automation could provide more jobs – to service all those robots. Whatever the predictions about higher minimum/living wages equating to lower levels of employment, “The National Living Wage is creating a stronger economy and a fairer society, having delivered the fastest pay rise for the lowest earners in 20 years” a government spokesperson recently stated.

It’s quite possible that far from simply spelling a financial struggle for businesses, the rising wage rates could help lift those on the minimum wage out of poverty, helping to lower their stress levels, improve their living situations and free up some headspace. An employer with happy staff will reap countless benefits including better customer service.

What’s this “Real Living Wage”, is it different?

Whilst no employers are required by law to pay the Real Living Wage, there have been proven benefits to companies who choose it over the National Living Wage. Mayor of London Sadiq Khan recently said: “Paying the [Real London] Living Wage is not only the action of a responsible organisation, but a successful one too. Many of the accredited employers I speak to tell me of the increased productivity and reduced staff turnover that they’ve experienced since signing up.” And a study by the charity showed that:

So adopting the rate could attract super candidates to apply to your company and boost the reputation of the brand! Food for thought indeed. Click here to read more about small businesses that have opted in.

In last Autumn’s budget it was announced that both the National Living Wage and the National Minimum Wage will increase from April 2018. It’s expected that going forward these will both increase in April every year with the goal for National Living wage to reach £9.00 by 2020. It’s worth planning well in advance for these changes if you pay any of your employees at a minimum wage level.

All workers and employees are entitled to be paid the National Living Wage or National Minimum Wage, at the appropriate rate, dependant on age. Apprentices who are under 19, or over 19 and in the first year of their apprenticeship, are paid at an apprentice rate. To check that you’re paying the appropriate rate you need to calculate an average hourly rate. If you aren’t paying staff The National Living Wage you could receive a large fine and your company name added to a public list of offenders. The new rates taking effect in April 2018 are as follows: 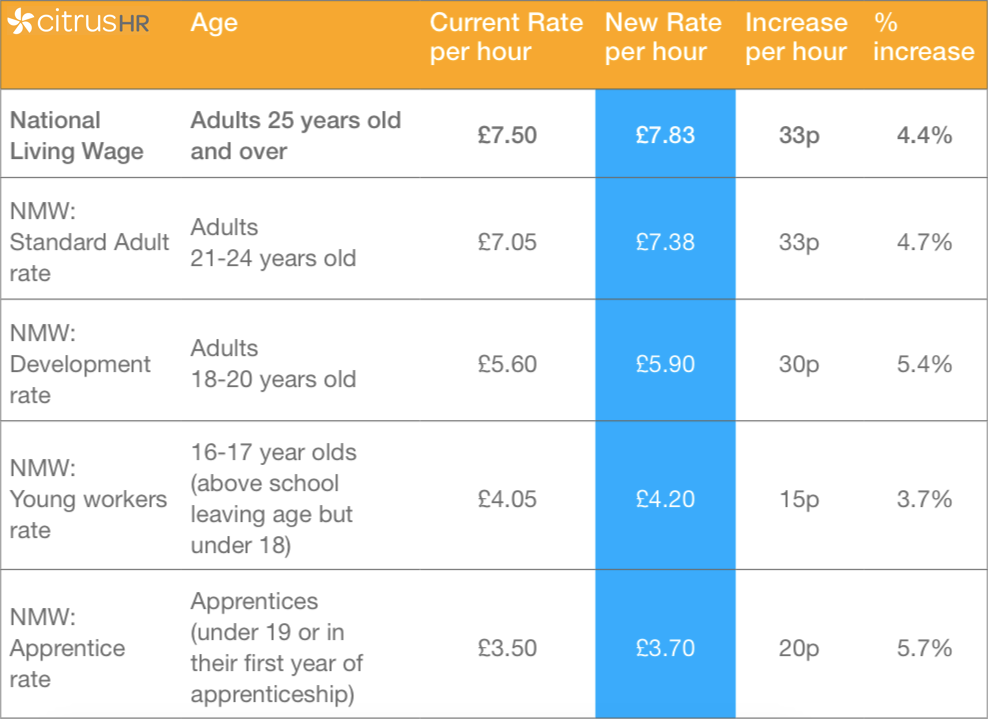 Is anyone exempt from The National Minimum Wage?

Most workers are entitled to at least the National Minimum Wage including home-workers, agency workers, people who work on commission, part-time workers and casual workers. The only exempt groups are as follows:[ticklist]
[tick]Self-employed workers[/tick]
[tick]Voluntary workers[/tick]
[tick]Company directors [/tick]

[/ticklist]
In most cases, the National Minimum Wage requirements are fairly straightforward. But, if you are at all unsure about what rates of pay to allocate to staff we recommend seeking professional help and checking the Gov.Uk website. Our qualified staff are always on hand to help and our software provides up to date legal information to make sure you’re always informed and compliant, give us a call on 0333 014 3888 or email help@citrushr.com for a demo. 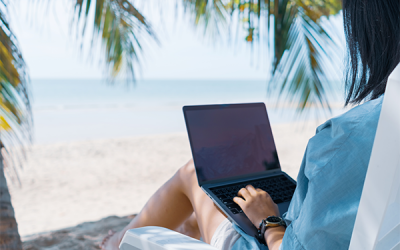 Staff asking to work from abroad? 5 points to check before you say yes 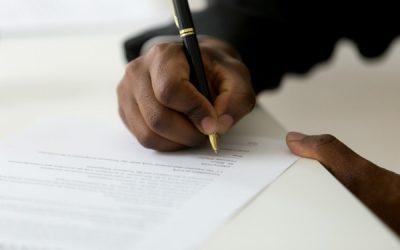 What are the different types of employment contract and why are they important?